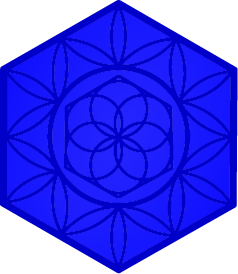 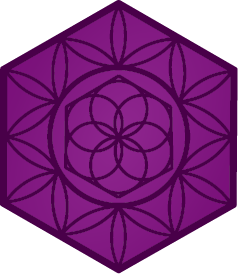 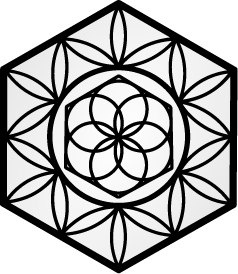 Those born from January 21 to February 19, were born in the period in which, by approximation, in the northern hemisphere, the Sun passed through the constellation of Aquarius, Eleventh House of the Zodiac.

Below we will describe the particularities of the subjects born under the influence of this sign and the gems that most support them in their journey.

“…to you Aquarius, I give the task to cooperate with all the creatures of the Earth, to build together the New Age.

You will have to learn to feel like a brother to all the kingdoms of nature and pour the water of true Life into the human heart.

Your task requires love and availability, therefore, in order for you to fulfill it, I offer you the talents of Friendship, Tolerance and Service: cultivate them.

Be aware of the importance of the task you have received, and know that disengagement, opportunism and insensitivity will be difficult obstacles to overcome”.

Aquarius, gazing into the future, returned to his place.

Thus it is decreed that those born between January 21 and February 19 are assigned to the house of Aquarius, the eleventh house of the Zodiac.

Those born in this sign have in themselves the characteristics of mountain air: fresh, sparkling, pleasant during the day, penetrating, icy and lashing at night.

He is selfless, generous and committed to making the world a better place, his greatest desire is to see the living conditions of man improved, he is the innovator of the Zodiac.

They sacrifice themselves for their children and friends, generally few but among the best, always without excessive attachment, appearing very detached in social and impersonal relationships.

They have a very reserved temperament, and even though they are loyal and trusted friends, their way of working can seem quite unpredictable, detached and sometimes abrupt.

They believe in justice and are people with strong ideals. However, they tend to change opinion often and even plans, due to the need for continuous stimuli, love the freedom to make their own decisions independently, without having to be accountable to anyone.

Visionary and innovative, they love to spend their time trying to understand how to improve things, convinced that improving the world is a process that involves collaboration between all people.

He feels happy every time he is able to propose a new solution or idea and when he is in agreement with the people around him. Those who oppose their proposals will immediately understand that Aquarius knows how to be impatient and even irritable, determined to make the world a better place and to help all those who need it.

If Aquarius is altruistic and sensitive, it is also true that he is more inclined towards generosity when things go a certain way, his own.

Even when it comes to love, they will show their exuberance, going so far as to be even provocative.

They have high ideals that often lead to utopian passions that they love to share. Ideals that can, however, overshadow emotions in favor of a rationality that does not make them notice the needs of those around them.

Influenced by the planets Saturnand Uranus, which represent wisdom and innovation respectively. The union between these two planets generates a lively and stimulating force: the strength typical of Saturn, the severe master, from which derives the desire to propose one’s ideas to others, while Uranus inspires the visionary spirit attracting it to everything new, radical and revolutionary. They often have to deal with progress and technology, and thanks to a genius that sometimes borders with madness, they have the ability to propose ideas that can revolutionize the world.

The element associated with this sign is Air, as free as the spirit of the intellectual.

The Aquarius will achieve many goals thanks to its great intelligence, developing revolutionary ideas for the good of humanity.

The stones work to encourage your gifts and help you meet your challenges.

Below you will find some stones that best enhance the talents of those born in the sign of Aquarius;

The stones that are associated to this sign go from the crystalline of the Rock Crystal to the blue of the Sapphire, passing from the purple of the Amethyst, denoting how this sign belongs to the most ‘ethereal’ of chakras.

The Rock Crystal calms and brightens the mind, like looking at the seabed through a bathyscope and having a crystal clear vision to know the best route to follow.
If it often shows little balance in choices and feelings, Quartz is perfect precisely because it brings emotional stability, accentuating the desire for solitude, as a crystal that promotes introspection;

Amethystis the stone of the month of February. Also a Quartz, it works on the awareness of one’s own abilities and the lucidity of their actions;

The Blue Sapphire stimulates wisdom and supports moral correctness by helping to keep the path to achievement pure;

Turquoisebrings balance to feelings, helps to forgive yourself and others. It also enhances all communication skills making expression and understanding more harmonious;

Tanzaniteis the purple stone per excellence, associated with the elements aether and air, together with the Amethyst is definitely the stone of Aquarius, which goes to support innovation and discovery.

“The future belongs to those who believe in the beauty of their dreams.”

No results found.
This website uses cookies to improve your experience. If you continue to use this site, you agree with it. Termini & Condizioni