The ancient charm of stones

Minerals are the foundation of the earth, what we walk on and feed on.

They are extracted, cut, crushed, dissolved and melted into roads, means of transport, buildings, computers, statues, medicines and gems.

Since the dawn of time, humanity has attributed to gems and stones an energetic value, a capacity for psycho-physical aid, which with the passage of millennia has been reconceptualized with an economic value, not always appropriate.

Many civilizations believe that only gods could create perfect geometrical designs as beautiful as crystals.

Minerals, stones and gems have always been collected as curious objects of beauty and ornament, for their talismanic and healing powers, or as samples of scientific study to learn about the organization of matter and the natural history of the Earth.

“Those who do not know the order of nature could easily confuse a crystal with a craft object.”

It is easy to admire the beauty of minerals and gems, but understanding what they really are requires some study.

Usually a mineral is defined as an inorganic crystalline solid, naturally formed by alterations in pressure and temperature, sometimes sudden and sometimes millenary, of mineral and silicon-organic (fossil) compounds, having a chemical composition that can be defined by a formula.

Rocks, sand, soil and sediments are composed of minerals. Although they are biologically composed, plants and animals use minerals in their bodies.
The tooth enamel contains apatite, the shells contain aragonite and the serration of the blades of grass even contains quartz phytoliths.

In a crystalline solid the constituent atoms are organized in a regularly repeated grid.
In every single portion of a crystal the atoms rearrange themselves according to a repetition, a cycle. 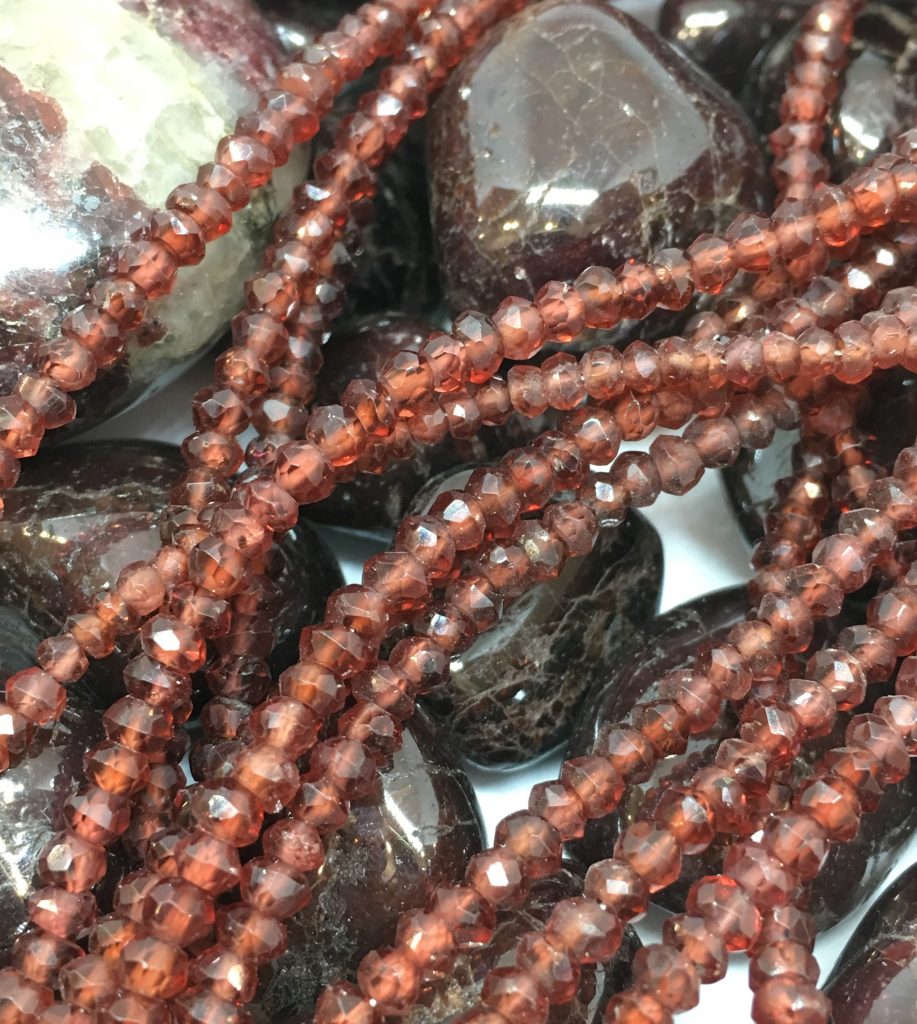 Seeing so much precision and order is more than plausible that a person is surprised to find that a certain crystal with a certain and perfect formation is completely natural and due to a development and growth established by the combination of material composition, pressure, temperature and time.

That said, it is easy to accept that it was mainly kings, priests and spiritual and political leaders who knew the power, uses and provenance of minerals, gems and precious stones.

It was precisely these leaders who used to adorn themselves with jewels that exalted their oratory and communicative skills and extended their energetic power.

Shamans, scientists and doctors, today as then, use mineral powder and stones for their ointments and medicines. This makes it more current than ever the extraction and use in medicine and surgery, as well as in many technological devices such as televisions, cell phones, watches, lasers and microscopic precision tools.

Menu
This website uses cookies to improve your experience. If you continue to use this site, you agree with it. Termini & Condizioni
Ok